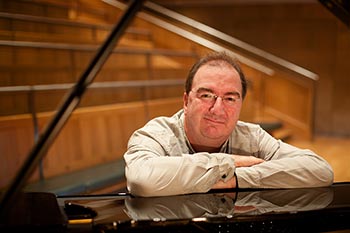 Neil Brand, presenter of the BBC’s Sound of Cinema and Sound of Song series takes a sidelong look at his life, his work with silent film, soundtracks and all things musical in this entertaining and enthralling autobiography which is also a guide to the art of fitting music to drama.

Beginning with his early musical experiences, Neil charts the often hilarious turning-points in his ‘career’ – his work with the British Film Institute, BBC Radio, both drama and music, BBC Television, and the BBC Symphony Orchestra. Neil tells us about how John Barry’s theme to The Persuaders helped him survive school, how he became a Musical Director whilst unable to read or write music, his first live silent film accompaniment to a film he hadn’t seen at a National Press show, his acclaimed radio productions including the making of ‘Stan’ with Tom Courtenay and Jim Norton and A Christmas Carol with Robert Powell and the BBC Symphony Orchestra.

Neil takes us into the heart of his love of music that tells stories – how movie soundtracks spoke to him from a very early age – how he learned to ‘play what he heard’ and ultimately to open up the subject of music for everybody, fulfilling the greatest ambition of his life. Throughout, he writes with his trademark accessibility, humour and easy authority, on music as diverse as Morricone and Rick Wakeman, the Beatles and Miklos Rozsa, Bernard Herrmann and The Who.

PianoMan is a book for all who love their music, their films or just a funny, insightful take on our society and its storytelling.